Ahhhhhhhhh Thursdays.... What even is this day? It's not quite Friday, not as bad as Monday... Maybe it's actually a really productive day in comparison to others!

So I'm about to make coffee number 3; little stressed due to the job finding situation. Writing a nice little update about the project should get me through the rest of the day developing.

A little update I wanted to share today for the game, the customization options before you embark on your adventure across the desert!

The interface will probably change over time, but for now it allows you to pick your starting race and the settings of the game world, such as how much XP you earn and whether you're allowed to use crafting in your playthrough.

Why so many options?

Customization of games is really important to me. It can really extend the lifetime of your game and add tons of replayability for us gamers who like to challenge ourselves with certain restrictions or buffs to game play.

It also means that if you find the game too slow you can increase the loot and XP multiplier. If you want tons of loot then increase the loot multiplier - these options really allow the game to adapt to the time availability of the player. Maybe you don't want to grind like I do, I enjoy grinding; but that doesn't mean everyone does, and so multipliers like this really help speed up that gameplay.

I have another idea where particular settings may enable other gameplay loops or features, for example those who can't talk may be 2x stronger than those who can. First though I want people to play with the system and game more. If I think that adds a lot of value it will most likely make it's way into the game. The system would probably be similar to Project Zomboid traits. 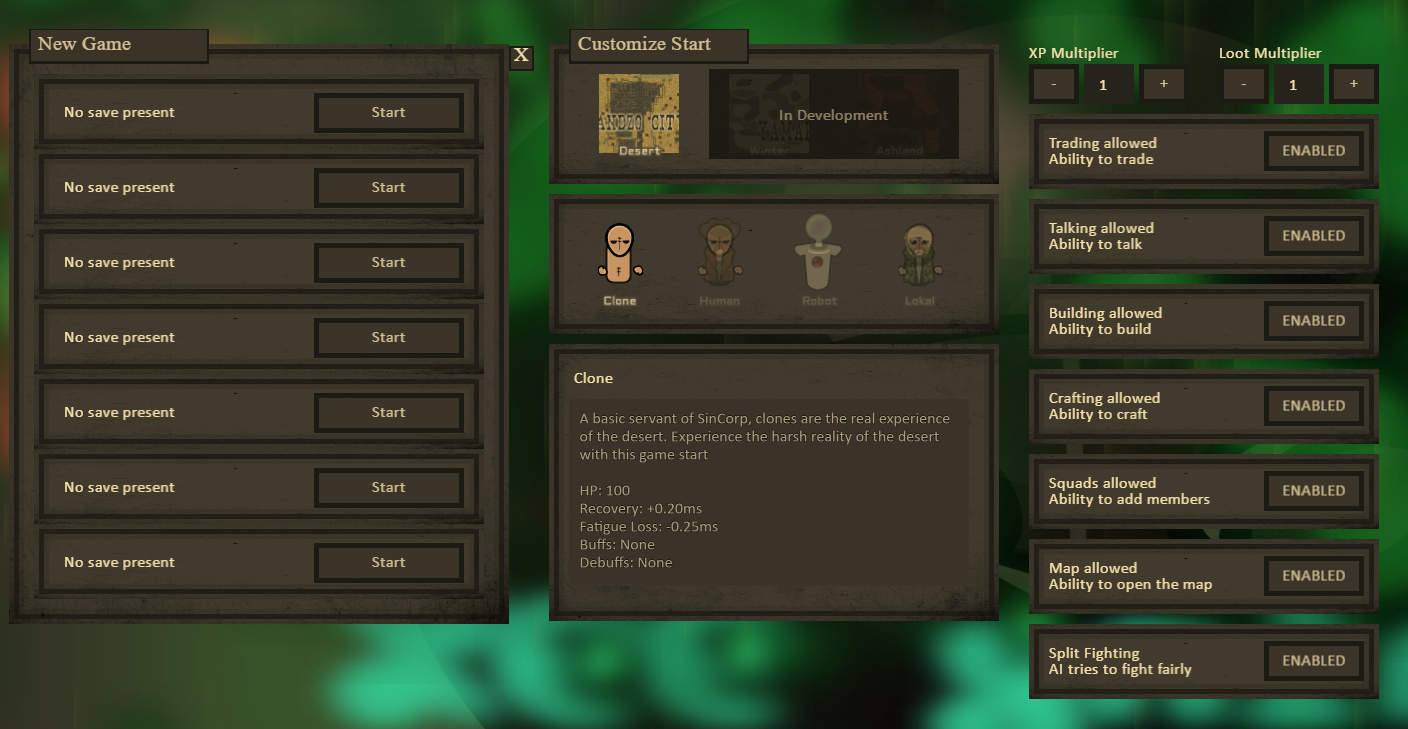 And so that's my little update.

Today I'm thinking of working on the Hauling AI for the game. It's one of the final "big pieces" of the alpha but also one of the most challenges/error prone. I will get to work now and give you guys another update soon!

Have a goooood day!