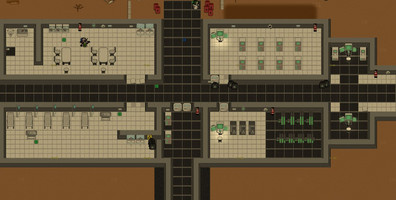 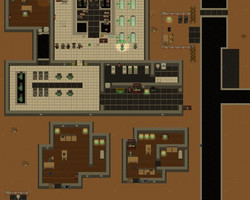 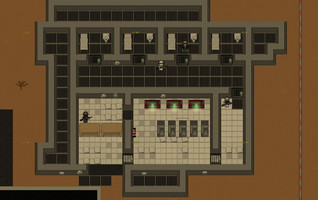 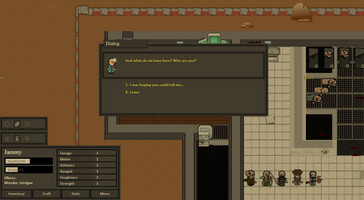 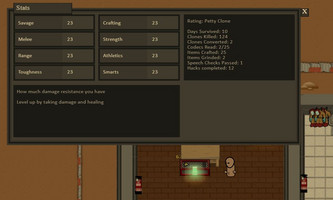 So here it is, finally. Some public information about my latest game Dead Desert.

I can't believe it's been a year since I started development. It's been a long grind while working on the project nearly every night after work, but I'm super proud and happy of the progress I've made so far. I believe development will go on for another year or two and I welcome that challenge openly.

When I came up with the idea for Dead Desert, it was a combination of two game ideas I had, the first being some form of clone simulation management game, and the second being some form of 2D survival game. When I started designing Dead Desert I didn't realise how well I would be able to combine the two different game ideas, but I'm extremely happy with the results so far.

Almost exactly one year ago I made this draft for what I wanted Dead Desert to be, and I'm surprised how well I managed to follow those very early design decisions, I put this down to making a game similar to everything I had done and played before.

Here is an early mockup of what I wanted the game to look like: 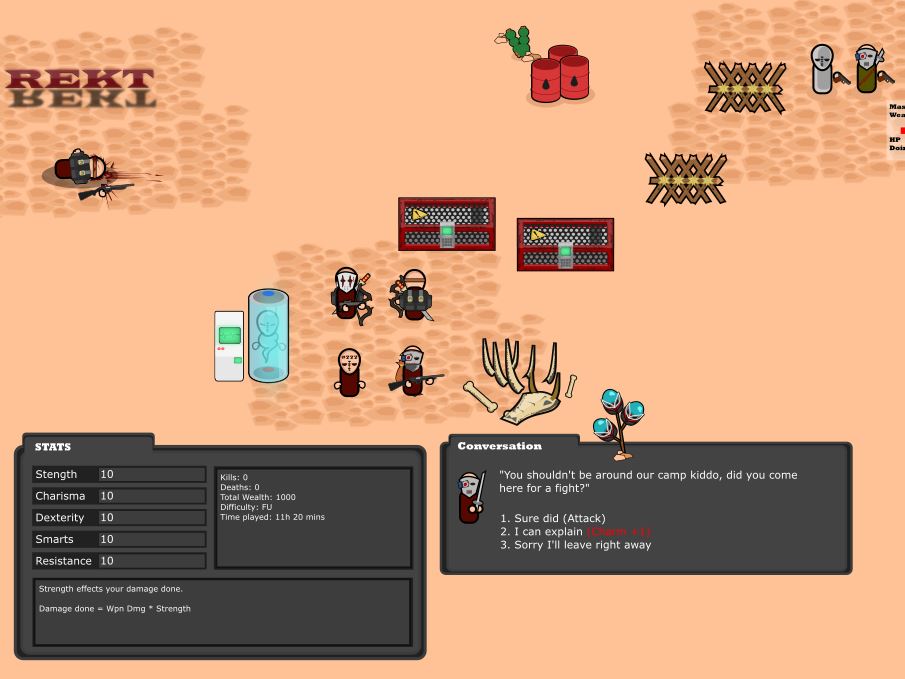 And here is on of these early designs for character inventories: 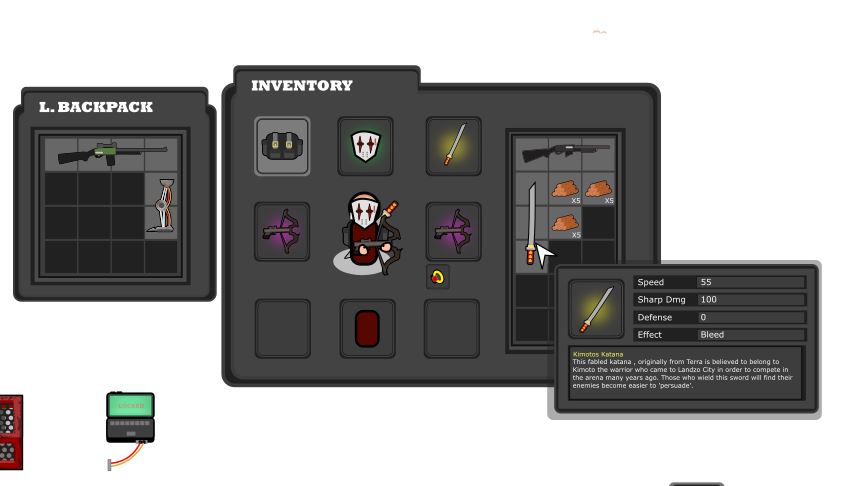 I hope everyone enjoys reading my page about the game, I look forward to hearing feedback and ideas from other people.